Issues are aggregated into a single view and can be found in Automations > Issues.

For example, Github automations on PR merges are discrete as Comply checks for the merge on the initial request but doesn't continue to follow that individual request into perpetuity. AWS automations on storage assets checking for encryption will follow those assets and their setting as long as there's a connection, generating continuous issues.

Comply will remind team members to address their issues on a weekly basis. If a team member has an issue that is not resolved they will receive an email once a week reminding them of the outstanding issue.

Resolving issues is slightly different for continuous and discrete issues.

For continuous issues, simply resolving the issue at the source and then re-syncing in Comply will automatically resolve the issue and remove it from the dashboard. 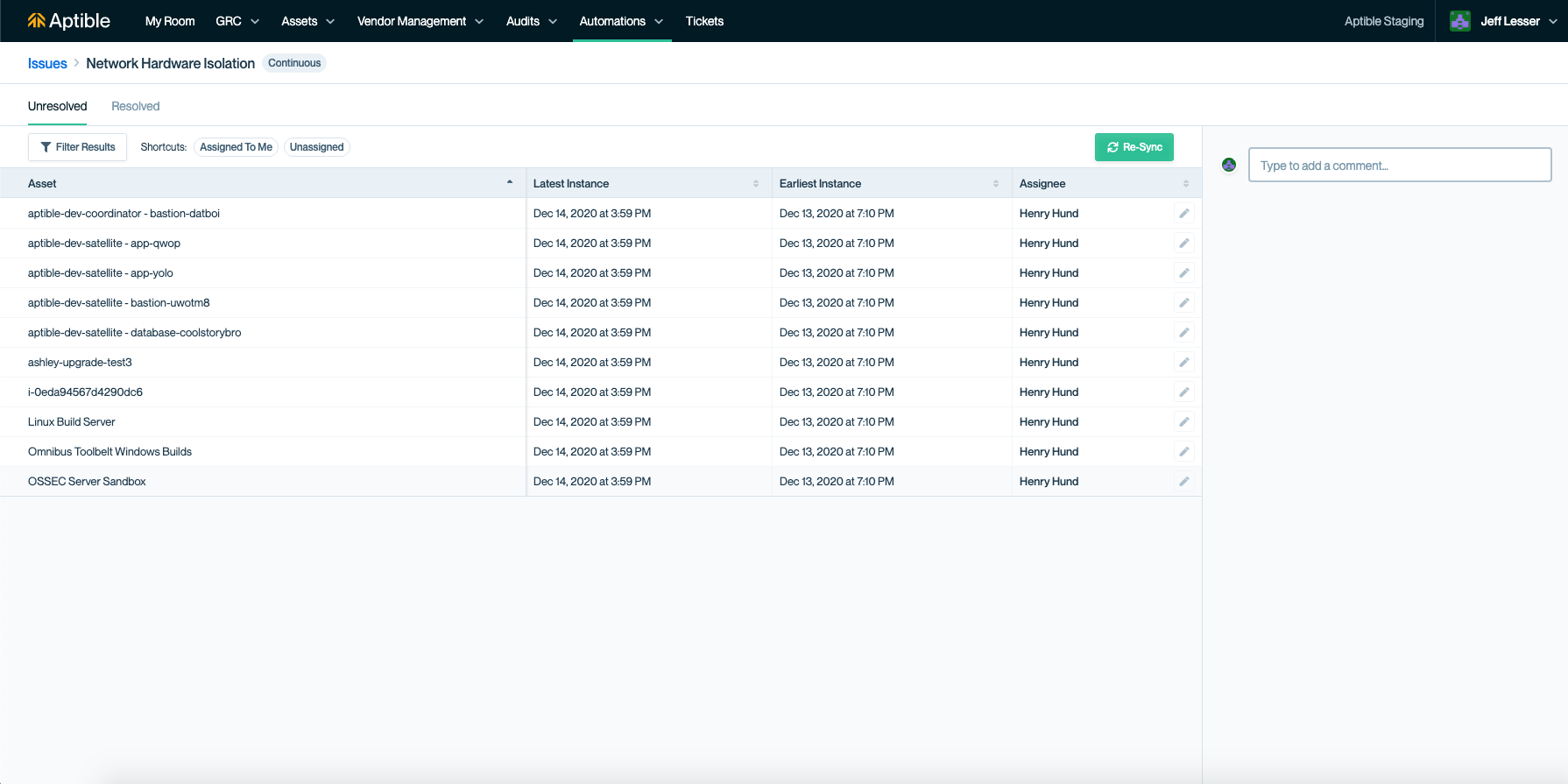 For discrete issues, you must resolve the issue at the source and then in Comply mark the issue as resolved which will then remove it from the dashboard. Marking many issues as resolved at once is simple.

Updated over 1 year ago