Non-Disclosure agreements are an essential part of Aptible Comply Rooms. They allow you to gate your sensitive documents and ensure that customers understand that the documents they are viewing are intended only for their use and shouldn’t be distributed. The NDA features in Comply Rooms are built to give you the same level of control over the confidentiality and distribution of your sensitive documents while making them easier for you to share and your customers/prospects to access.

When you login into your Room for the first time, you’ll see the following: 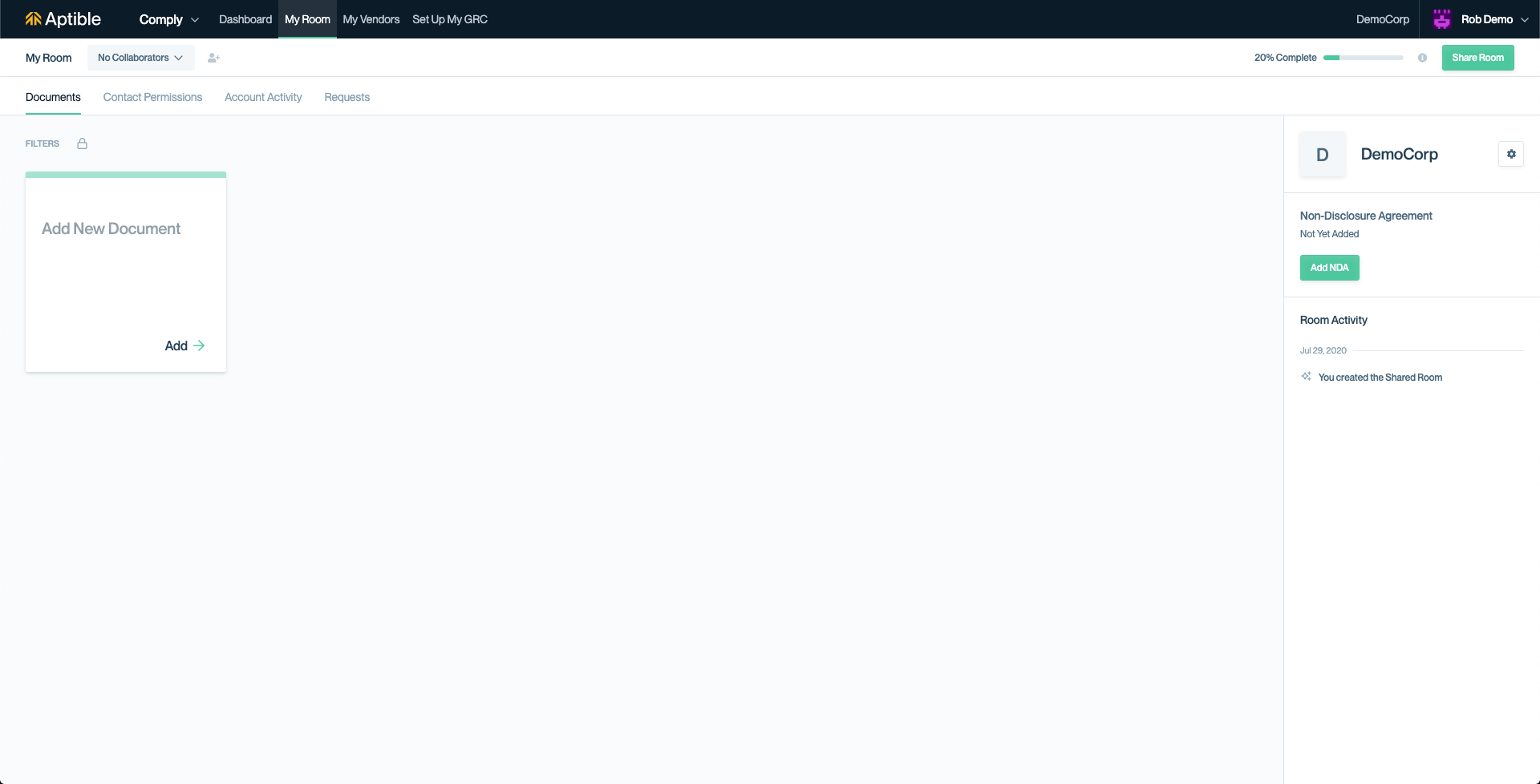 When setting up or managing NDAs in Comply Rooms, you have two options; using an existing DocuSign template through Aptible Comply’s DocuSign integration, using the provided generic Clickwrapped NDA, and creating your own Clickwrapped NDA based on manually added markdown text:

After selecting and confirming your preferred NDA option, customers and prospects invited to your Room will be presented with your NDA to read and execute prior to viewing your room and its contents for the first time: 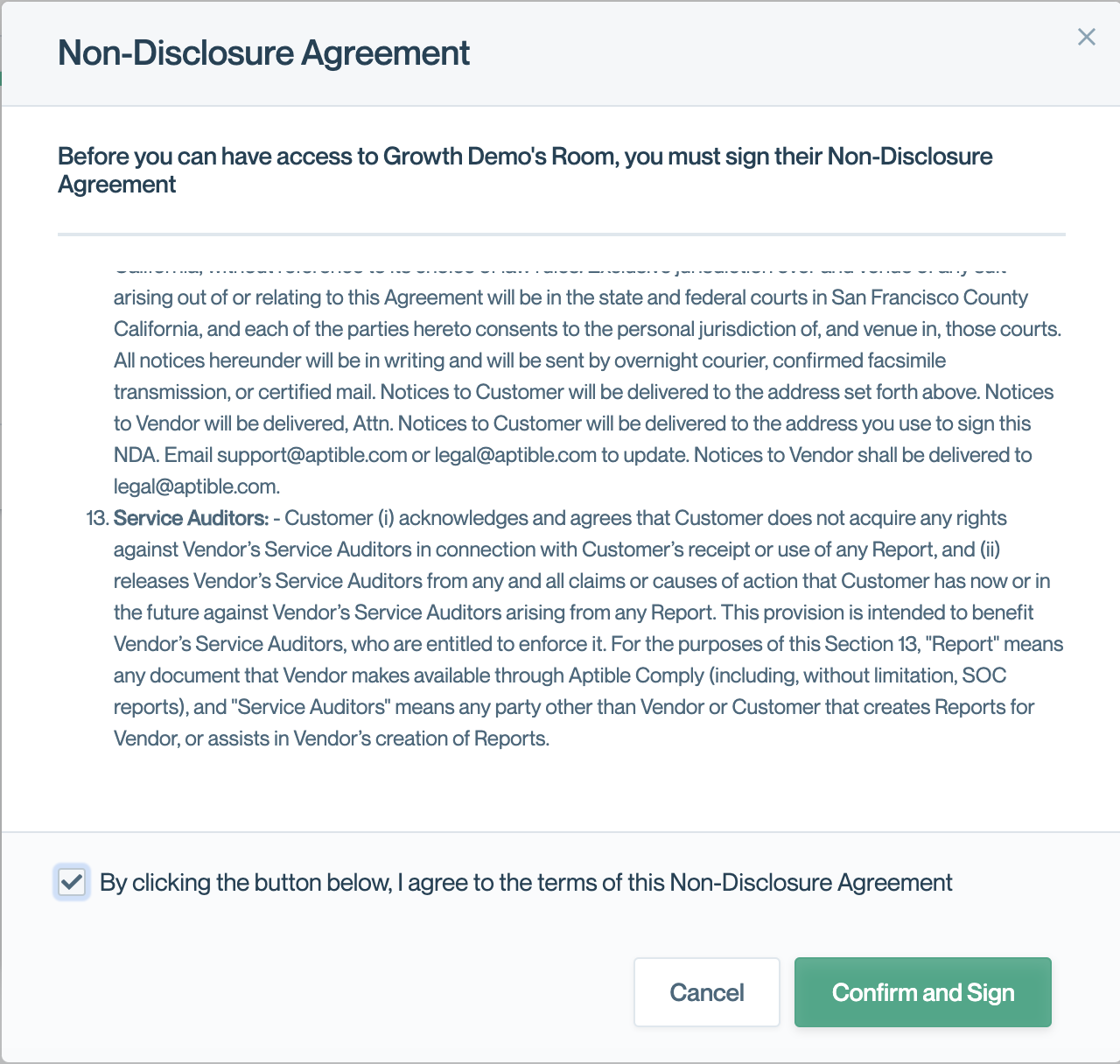 For customers and prospects who have previously executed an NDA outside of Comply, you have the option to bypass the NDA process when inviting them to your Room. To learn more, click here.

If at any time you need to review the signed NDA for a specific customer, you can do so via the Access screen. To learn more, click here.

To review a signed NDA for a specific customer, that's available in the Access screen.

To make changes to your NDA after setting it up you’ll want to go to the "Documents" tab and navigate to the sidebar.

Updated about 1 year ago